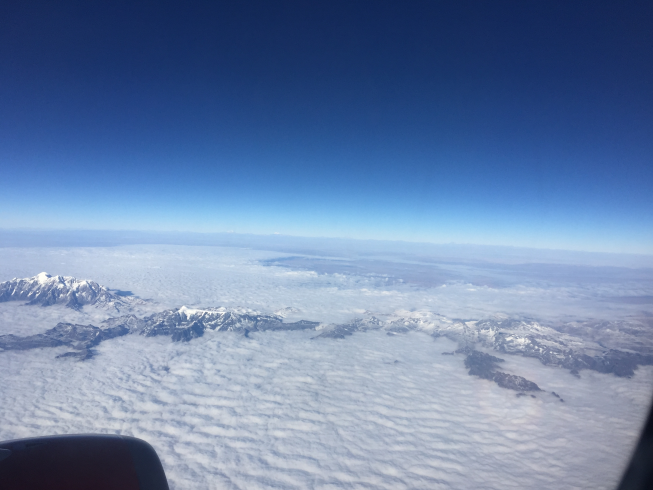 Aeriel view of the surrounding mountains

Jun 23th
Visitig Bolivia, especially in certain cities such as uyuni salt flat and La Paz, is an adventure up high. This country seems to be divided into two geographically: eastern cities on Andes mountains and western on flat lands and have access point to boliviano amazon river. Most of its middle eastern cities are at altitudes ranging from 2800m to 4500m above sea level.

I focus more on the altiplano area than the flat land in this trip as I had been to amazon river on Peruvian side. The only western city we will visit is Santa Cruz as our exit point. 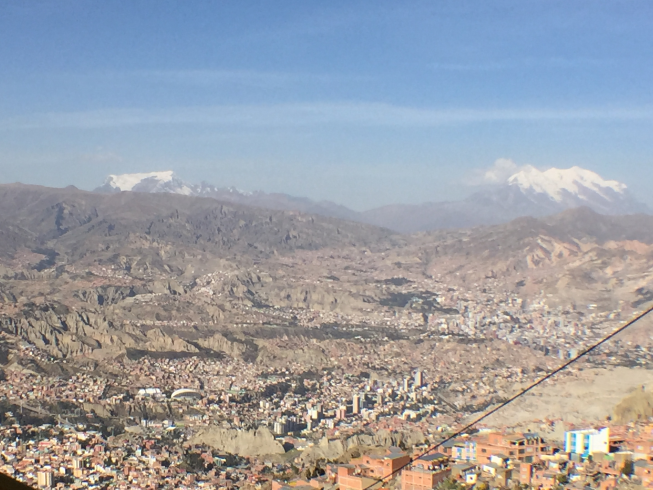 Aeriel view of the surrounding mountains

One of the major characteristics in Bolivia is its indigenous people, which make up the majority of the population; 35% being the Quehuas and 25% being Aymara. They dress distinctively: an old British style hat, an interesting shawl on the shoulder, and puffy long dress with layers in striking colors. These people believe in Mother Earth and Sun God. Science has proven their advancement in agriculture and astronomy. Many of their agricultural methods are proven to be the most productive compared to even the most conventional methods. Even though many of them have been converted to Catholicism, they don't leave behind their traditions and cultures, such as offering animal sacrifices. These indigenous men prefer their women to be heavy/bigger physically as it is an indicator for being strong and hard working. In general their women are truly bigger in size and capable of hauling heavy goods on their back. Unlike most countries where their indigenous people are living rather concentrated in certain rural areas, Aymara people in Bolivia are rather predominant and influential in La Paz. 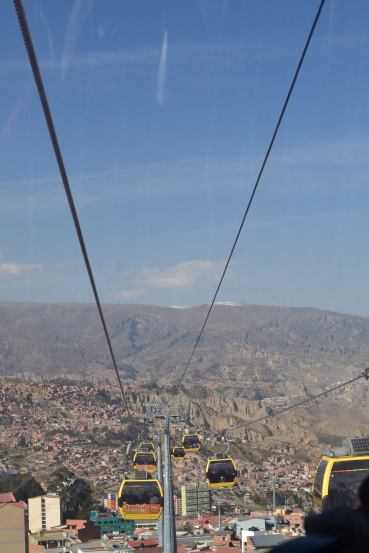 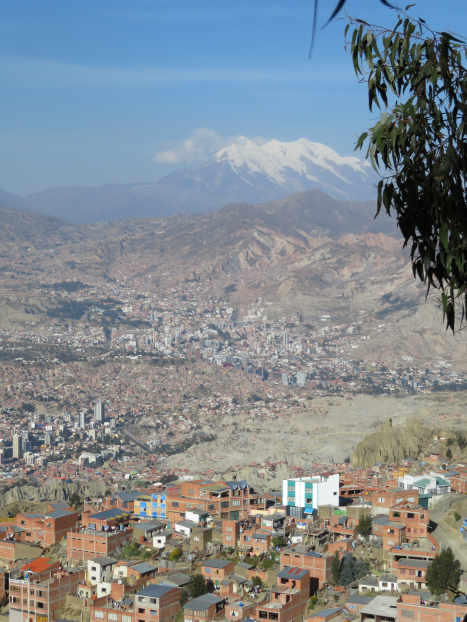 Being the poorest country in South America, Bolivia is very cheap compared to its neighbor countries. For example, compared to Cusco, things here are half price. If you eat like the local, you would get by with just 5USD for three meals per day. For Bs 11 one can get a soup, a main dish, and a drink per meal in La Paz. 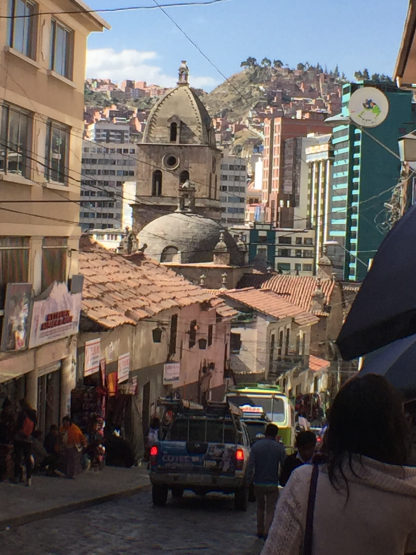 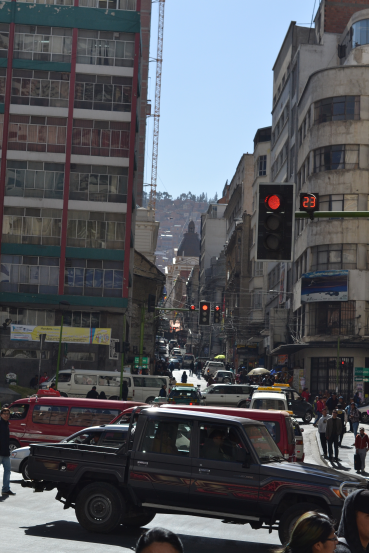 The historical area in downtown La Paz, for me, is like a mini war zone. Its traffic congestion/regulation is the worst I have seen in my traveling experience. There are buses, mini-buses, minivans served as tuk-tuk, taxi, and mi Telefonica (cable cars) as public transportations. For passengers on minivans can get on and off at literally anywhere, including in the middle of a super busy round-about. The noises and chaotic sceneries from diesel-spewing and constant honking of minibuses/minivans, pedestrians zigzagging the streets, countless street vendors shouting for business, street musics in the plazas and etc surprise me that La Paz is not listed as noisiest city in the world.

Unlike other mammal animals that can give birth to many babies, llama can only have fetus to carry to full-term per pregnancy. Additional fetus would somehow be "naturally" aborted. 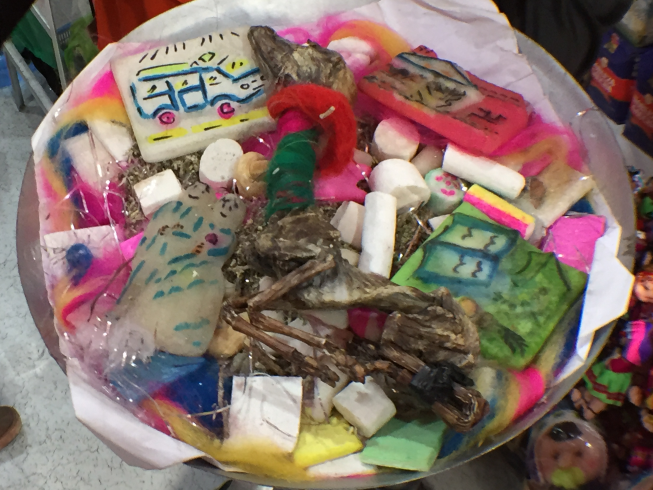 Living in La Paz, breathlessness is part of the daily life so is the hustle and bustle of city life, even when you are on vacation. The drivers are reckless and crisscrossing the main avenues and speeding in alleys without giving much thought to the pedestrians. The blinding altiplano sun "mandates" travelers to constantly wear sun-block and sun glasses during the day. In short, personally the concept of strolling relaxingly in downtown La Paz is a non-existence. 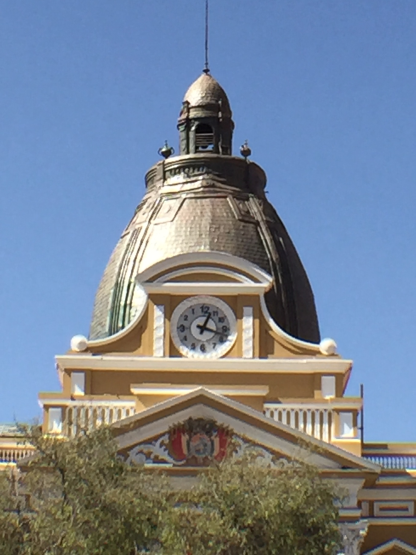 This is probably the only counterclockwise clock in the world. 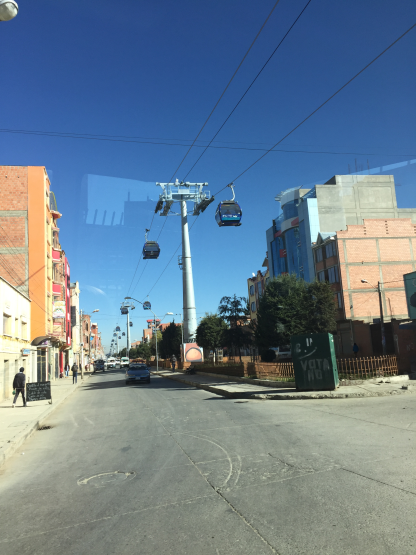 Cable car on the street in El Alto.

However the suburbs of La Paz and outskirts neighborhoods of La Paz downtown paint a completely different pictures: new, clean, hippy, and cozy ambience. With our hired tour guide, we took both green and yellow cable cars.

Owing to La Paz sitting on a canyon where there are about 18 underground rivers in total make it impossible to construct underground subway. To ease their horrific traffic congestion, an Austrian company was contracted to build the jaw-dropping sky subway, known as mi Telefonica. There are blue, green, red, yellow and purple lines of cable cars. 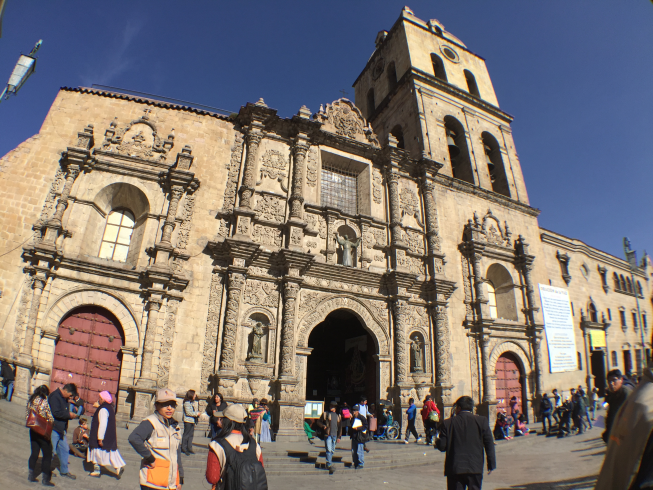 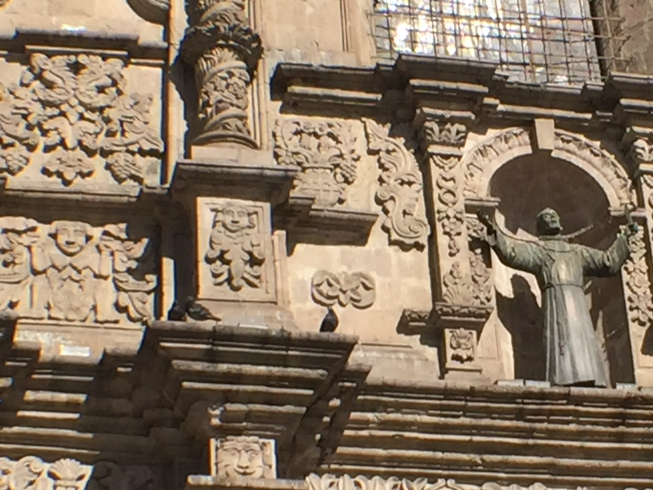 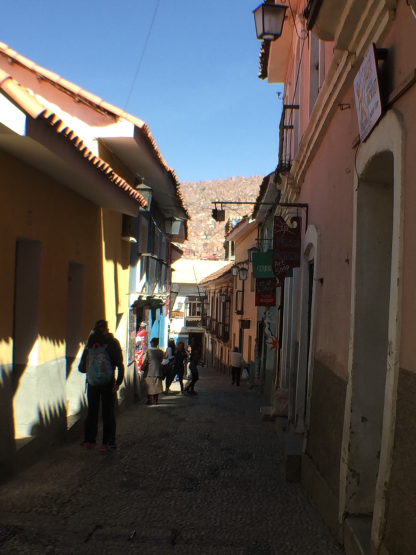 Consider to be the most beautiful street in La Paz

We took the "collectivo" minivan to yellow cable car station in Sopocachi, a richer area well known for having good restaurants and pubs. From there we went up to El Alto, at 4100m above sea level, where the international airport is. Despite the fact 95% of the houses in this area are intentionally unfinished and unpainted to avoid high taxes, the aerial view of La Paz with 6000m mountain Illimani being the backdrop is incredibly and uniquely stunning. In some way, La Paz looks more like a crater caused by the asteroid than a canyon. In addition, the locals sincerely considered this mountain as their protector.

With the green cable line we visited Zone Sur city at a lower attitude. It is a new and wealthy suburb that attracts many expats. This is definitely my ideal town for vacation.

In summary, La Paz is an extremely unique and beautiful city, but probably not one that I would revisit again due to its chaotic traffic and diesel-polluted air.  I can't help but agreed with what one writer said, "La Paz either appalls or amazes for all who enter."