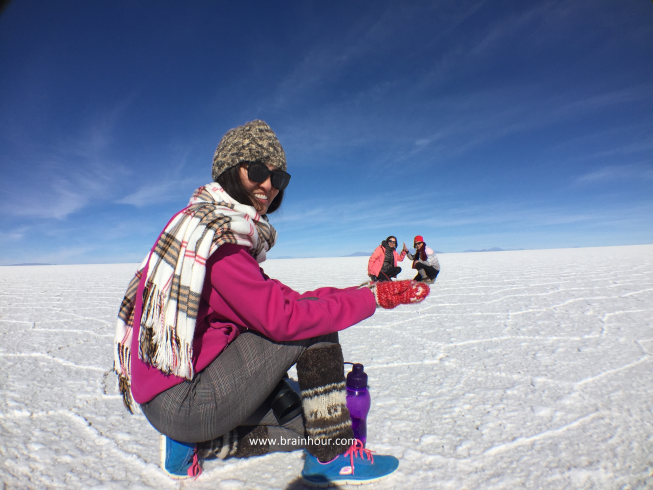 This was the last day of our 4-day memorable Uyuni Salt Flat trip.  We were told the night before to woke up early at 4am in order to see sunrise at the Incahuasa "island", a rocky land mass (and national park) that rises out of the salt flats and is covered with cactuses.

The rocky island which means “Inca House” or “Home of the Incas” covers just 61 acres out of the 10,582 square kilometers that is the Salar de Uyuni.  In addition to its use as a refuge for the ancient Incas who use to cross the inhospitable salt flat, it's home to birds, Vizcacha and Giant Cactus, one of which was 9m (27ft) tall, and 900 years old. 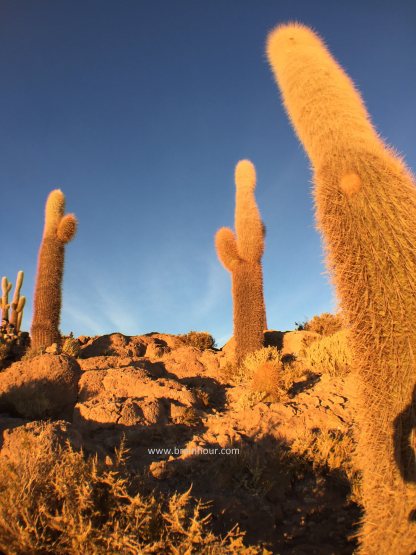 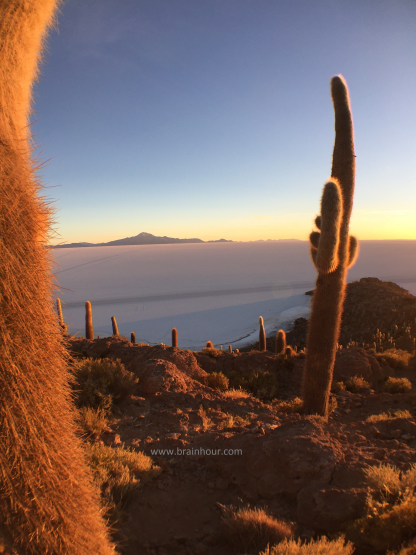 Climbing up the hill requires a little effort given the altitude, but the 360-degree panoramic view from up there makes it a worthy endeavor.  Entrance onto the island cost 30 Bolivianos ($4.35).

The salt flat in Bolivia is a natural wonder that is not only awe-inspiring, but also seems to be the best place to play with perspective. With reflections that play tricks on the eye and constant bright sunshine, Salar de Uyuni is a veritable dreamland for the photographer with a sense of humor. 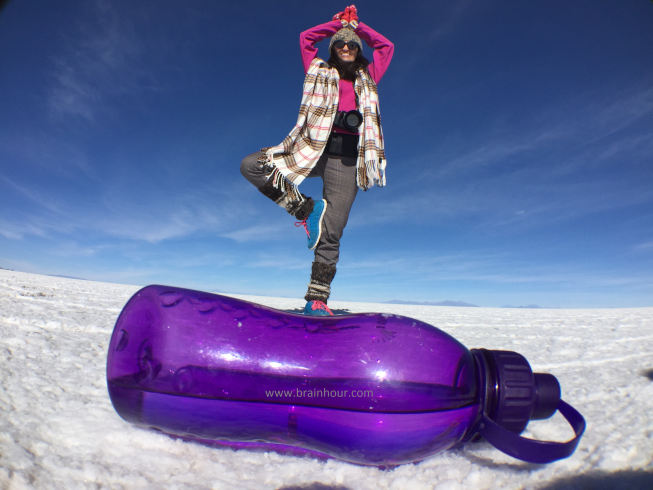 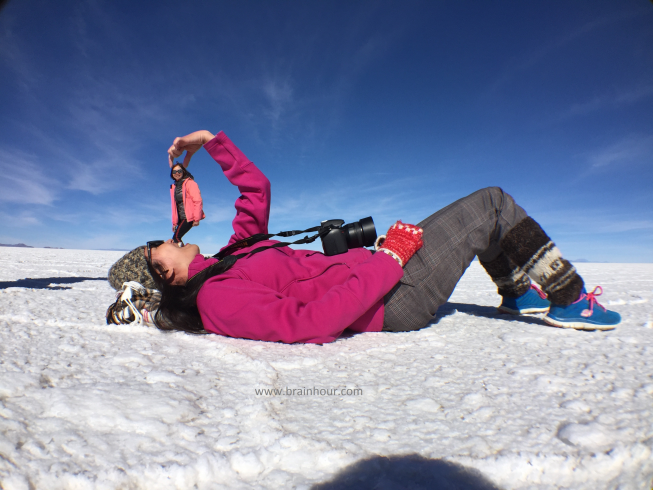 The world's largest salt flat contains about 10 billion tons of salt, of which 25,000 tons are extracted annually.

It's also estimated that beneath the salt surface lies 50 to 70 percent of the world's lithium reserves, or as much as 100 million tons.

Our final stop of the day, and trip, was the Cementerio de Trenes (“Train Cemetery”) located 3km outside of Uyuni.

The train lines were built by the British from 1888 to 1892, and primarily used for mining purposes. They were frequently sabotaged by indigenous people, and in the 1940's left to rust in the salty winds after the mining industry collapsed.

After the 4days/3nights Uyuni Salt Flat trip that ended at 2pm, we continued on to Potosi, 4 hours bus ride from Uyuni.

I sat next to a local Bolivian gentleman who seemed a bit zealous to learn everything about China after knowing i am a Chinese. To most foreigners, all Chinese people are presumed to come from China despite my clarification for my nationality.

In spite of our languge barrier I applauded his effort in flipping through the pages in my Spanish to English dictionary for words in order to raise the many questions he had about China.  That action prompted me to think of China's economic influence in Latin America and flashed back to the memory of the Bolivian "taxi driver" I met in Oruro city.

I was also a bit intrigued by his emphasis on being a Christian rather than a Catholic though. But I didn't probe futher.

We arrived on time at Potosi's old bus terminal at 7pm.

There are 3 access points for this type of tour.

1. From Uyuni - the most popular option.  One hour flight from La Paz.

2. From Tupiza. It can be reached only by bus and train.  This was our option.

3. From San Pedro, in Chile.  Can be reached by flight from Calami.